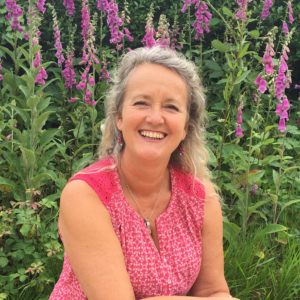 I have gratitude every day for my amazing parents. These were two people who pushed boundaries and stepped outside of their comfort zones to follow a dream and a passion. Fairly normal for our times now, but this was back in the 50’s. In 1949, aged 17, my mum left her home in Gt Yarmouth, moved to London and joined the Tiller Girls. Around the same time, my dad, who is from North London, took his tenor saxophone, and starting touring with the big bands of the time. Mum then formed a singing act, met dad, had babies…..HELLO…..and then dad became a Stunt Man and mum a Film Extra.

My parents were my teachers, so naturally, I also started my working life as a singer, dancer and film extra. Back in the 80’s in London, this involved a full on drink and drug lifestyle, which eventually took its toll. By my late 20’s I was feeling pretty awful – low energy, lethargic, brain fog, with constant gut and ‘lady’ problems. A Homeopath informed me that I had an increasingly common yeast problem – Candida Albicans.

This diagnosis changed the path of my life. It literally woke me up and I started taking responsibility for my health, mainly through diet and supplements. Within a few weeks I felt amazing, but it wasn’t until I started having regular colonics, about 5 months into my healthy lifestyle, that all of the symptoms completely went away. The whole process took 7 months, and I realise now, that I was actually doing a deep detox.

What I wasn’t expecting was the impact it had on me mentally and emotionally. I had a clarity and enthusiasm that I hadn’t ever experienced before. In fact, the detox seemed to affect every area of my life in a positive way. It also actually had a spiritual impact, probably because I was no longer suppressing myself with alcohol, drugs and food. I started to become more aware of my thoughts and feelings, and also of subtle coincidences and the possibility of a connection to an energy greater than me…..that connects us all.

This massive transition in my life meant that I could now see more clearly that which was stood right in front of me. He was a Stunt Man called Tip Tipping, and I had already known him for 9 years. In fact, he had fallen in love with me at first sight, but I wasn’t in the right place to see it until now. I entered into a deep love relationship with this glorious man, but unfortunately, this isn’t a happy ending. We had an amazing 2 year adventure together, but in 1993, when I was nearly 5 months pregnant with our daughter, he died in a sky-diving accident whilst filming for the BBC.

This was obviously an extremely traumatic time for me, and 26 years on, I still can’t talk about it without feeling tearful, but it was also the most growing experience I have ever had in my life. It made me stronger as a person, and I believe it has also greatly contributed in a positive way to how I work as a practitioner.

There are of course a million other stories to tell…don’t get me started… but the biggest truth that I have gained from all of these experiences, is the absolute knowing that every part of us is connected. When you heal yourself in one area, it will always have a positive knock on effect on all other areas. This awareness really fired up a passion in me, so in 1996, I started my 4 year training as a Homeopath and everything else has simply fallen into place from there.

“Miracles are natural. When they do not occur, something has gone wrong.”
Quote from – A Course in Miracles