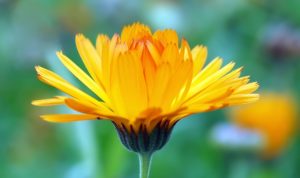 Homeopathy is a holistic energy medicine which matches a remedy with your individual set of symptoms. We use specially prepared and highly diluted substances which are prescribed in the form of a pill. The chosen remedy works by stimulating the bodies own ability to heal itself.

Homeopathy has been widely used throughout the world for over 200 years. It was originally discovered and developed by a German doctor, Samuel Hahnemann, who was disillusioned with his profession because of the toxic side effects of the medications they were using. This is still the important difference with Homeopathy and medications today. It is a totally safe system without any side effects, and because it is holistic, it is as useful in treating mental and emotional symptoms as it is physical symptoms.

Homeopathy Treats Both Acute And Chronic Disease
It is pointless me writing a long list of problems that I treat, as Homeopathy is an entire system of medicine in itself, so we can treat anything, from common coughs and colds, to deep seated long term grief’s, depression and anxiety.

I tend to work slightly differently to other Homeopaths because you will also receive diet and supplement advice if needed, plus, I will suggest EFT too if it is an emotional based problem.