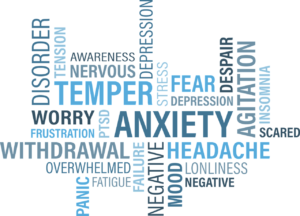 EFT has only really been developed since the early 1990’s. However, the speed of its popularity is increasing rapidly worldwide, because it is so effective.

It works by removing the sub-conscious blocks in our energy system that the body is holding onto. These are often caused by some sort of trauma in the past. This could be a big event – grief, abuse, humiliation by a teacher etc, or an accumulation of small traumas – your mother repeatedly telling you you are stupid over a number of years, culminating in a strong belief that you actually are stupid. These blocks can be behind anxiety, depression, fear, guilt, shame, stress, limiting beliefs, phobia’s, confidence problems, and even money issues, which could be holding you back from truly experiencing a joyful life.

A recent study published in the ‘Journal of Nervous and Mental Disease’ found that EFT lowered the major stress hormone, cortisol, significantly more than other interventions tested, including talk therapy. In this randomised trial, it was found that after just one hour of EFT therapy, cortisol levels were reduced on average by 24%. And if we consider that raised cortisol levels can also be behind poor sleep, weight gain, depleted healthy gut bacteria plus stress and anxiety, then anything that regulates cortisol release is a win, win situation. And, the biggest bonus is that EFT is non-invasive with none of the side effects you may get from traditional medications.

The reason I love EFT is because it is so easy and simple to use. All we are doing is gently tapping on a few meridian points. I have literally witnessed clients move through a panic attack within a couple of minutes. Also, once you have learnt the technique, it is a tool you can use on yourself at home, so it can be very empowering, although, for any deep emotional issues, it is still best to see a trained therapist. The initial consultation is 1.5 hours long and follow ups are an hour.